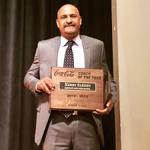 Coach Kerry Sarden is the North Atlanta High School Varsity Boys Basketball Coach.  Coach Sarden has been teaching and coaching at NAHS for ten years.  For his first five years, he coached the girls varsity team and has coached the boys the past five years.

He is originally from Winnipeg, Manitoba and grew up in Detroit, Michigan where he attended Southeastern High School.  Coach Sarden attended and played basketball at The University of Michigan and Olivet University, where he received his degree.  While playing in college, he was named to the All-MIAA 1st team for two years in a row.  After graduation, Kerry traveled overseas where he lived and played basketball internationally for ten years before returning the United States.

Coach Sarden is married to Joan Sarden and is the father of two boys, Dr. Kerry Sarden, Jr. and Kody Sarden, a 2019 NAHS Graduate.

In his spare time, he cheers for the University of Michigan Wolverines and the Detroit Pistons.  He also plays golf and is the NAHS Golf Coach. 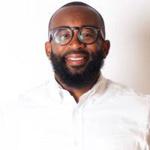 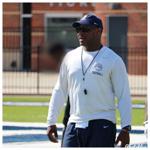 Coach Washington has coached basketball for the past two years and also coaches football and track.  His favorite college basketball team is The Duke University Blue Devils and in the NBA, he cheers for the Atlanta Hawks.

Julian is also a proud father to his newborn baby girl, who definitely keeps him busy when he's not coaching!